Shabbat the way it’s supposed to be 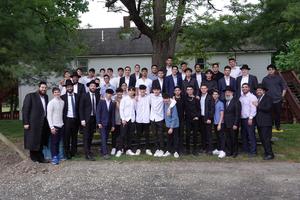 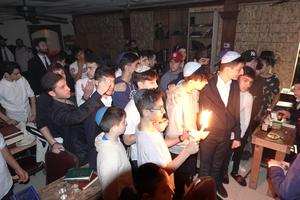 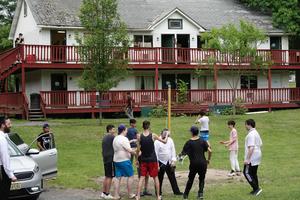 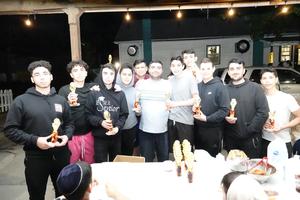 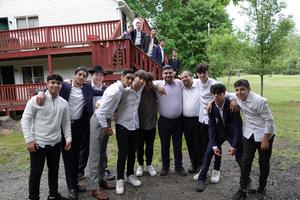 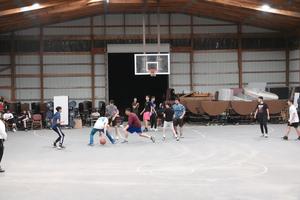 Be’er Hagolah boys’ high school enjoyed a shabbaton on the Camp Govoah grounds in the Catskills.

For many of the students, it was one of the first times in their lives that they experienced a full Shabbat, in law and in spirit.

“Seeing the kids come together naturally, with spirit and friendship, is the highlight of the Shabbaton for me,” says Rabbi Nobel, rebbi for the 9th and 10th grade intro class and school social worker.

On the Shabbaton, the students get a chance to connect with each other and their Rabbeim, without academic pressure.

“The boys run the tefillot themselves,” explains Rabbi Nobel.

“The boys rise to the occasion and shine.   The boys join together, and they are proud of each other — and themselves.”

That’s what brings Rabbi Nobel back to the Shabbaton each year.

“This year, most of the boys made it to the Shabbaton,” says Rabbi Mordechai Fishman, Principal of the Boys’ Division.

In preparation for the Shabbaton, the boys were taught songs and prepared the games they would play. The staff prepped everything else — bus arrangements, extra food and nosh, and merch — a baseball cap with BHI’s logo, which of course, everyone wore when the buses went up to camp Friday morning.

The excitement began with a basketball game.

After the boys played for a while and sweated it out, they went to the football field for a school-sanctioned water balloon fight.

“We prepared 1,000 water balloons for them,” says Rabbi Fishman.

“When does a kid get a chance to hit his principal with a water balloon?”

After the water fight, the boys ran to get ready for Shabbat.

After the Kabbalat Shabbat prayers, the boys danced to the dining room while singing Shalom Aleichem as a group.

“As rebbeim, we tried to balance pulling the boys into the action and letting them do things on their own,” says Rabbi Nobel.

“I thought we succeeded when we saw that it was a cool thing to be involved in the dancing.”

Rabbi German recited kiddush for the crowd, and they enjoyed a delicious Shabbat meal, with traditional Bukharian foods to complement the catered menu.

The boys sang the Zemirot together with the staff in true Shabbat spirit, and they danced after the meal was over.

Later that night, the seniors got a special treat: A Question & Answer Oneg.

“We give them talking points for the times that they’ll inevitably be attacked for their Torah views,” says Rabbi Fishman.

“We give them an idea of what to answer when the questions come up. This year our topic was Identity: Identifying ourselves in a world facing an Identity Crisis.”

The floor was open to real-life questions about the Torah perspective in a new woke America.

“I have boys telling me afterward, ‘Wow, Rabbi, I can’t believe it. How can they say those things?’

“We try to be relevant.”

Keeping Shabbat is Not Boring

“We had 99% attendance at Shacharit,” Rabbi Fishman says.

After the prayers there was kiddush and the boys learned with their rebbeim before the meal.

“On the Shabbaton, they’re spending time with the staff, and with the rebbi,” says Rabbi Davidowitz, the 12th grade rebbi.

“At home, Shabbat can be boring. But on the Shabbaton, they learn to enjoy the experience of keeping Shabbat.”

“We fill a full section under the bus with game room equipment,” says Rabbi Fishman.

After some more learning, Minchah, seudah shlishit, and Maariv, Shabbat was sadly over.

The first order of business after Shabbat? The Giving Back the Phones Ceremony.

“It’s a big deal. We wish mazel tov to all the boys who just experienced their first or second Shabbat without a phone,” Rabbi Fishman says.

The football court is lit up, and there’s a grand high school football game, Junior Varsity vs. Varsity.

After the game, the boys were treated to a full-menu barbecue — and trophies for this year’s basketball season.

They ate breakfast, loaded the buses, “and I’m still tired thinking about it,” chuckles Rabbi Fishman.

Impact of the Shabbaton

“A lot of the kids came home and wanted to have Shabbat in their houses the next week,” says Rabbi Davidowitz.

“I tell them, ‘Do what you can. Take an hour this week and keep going higher.’ Lots of boys start this way and then end up keeping the entire Shabbat.”

Shabbaton helps the BHI students see how great keeping Shabbat feels. They keep Shabbat for the first time in their lives — and it’s not boring or impossible.

“I found it interesting to hear the guys who went tell their friends who stayed behind how much they missed,” says Rabbi Nobel.

“Before the Shabbaton, a lot of them were hesitant, apprehensive about how it would turn out. They came back saying how cool and fun the experience was.”

“The boys saw how they could keep Shabbos and have a good time,” says Rabbi Fishman. “It was very satisfying.”